Does anyone need a running partner?

Posted by Passaic County Runners Club at 7:38 AM 1 comment:

Its was a fun run to pay tribute to those that were lost and gave their lives selflessly for this countries freedoms, however that did not stop David Appaluccio from giving it his all. The PCRC "track coach" ran with a few other club members and paid there respects at the memorial afterwards. 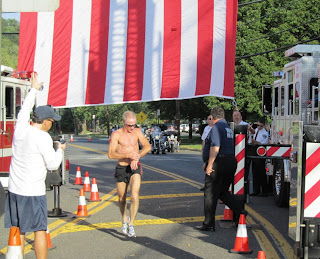 Posted by Passaic County Runners Club at 9:07 AM 2 comments:

Appaluccio a step ahead at Packanack 5K 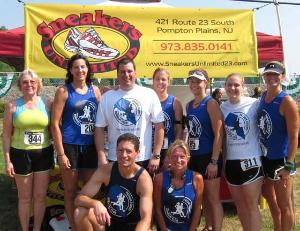 ROAD RACERS — Members of the Passaic County Runners Club withstood the heat and humidity this past weekend to finish the 4th annual Packanack Lake 5K Race in Wayne.

PCRC teammate Ken Autore ran the Beemerville, NJ Fire Department 5k this past Sunday and crossed the tape in 21:48 and placed 3rd in the entire field. For more information about the PCRC team, please contact Ross Mistretta at club@pcrcnj.org We look forward to adding new members to our group.

Wayne — After more than a year in the making, the recently-formed Passaic County Runners Club will participate in their first-ever team race at this weekend’s Lincoln Tunnel 5K Challenge.

The Wayne-based club, created by Township resident Ross Mistretta and other avid Passaic County running enthusiasts late last year, will travel with close to a dozen club members to the starting line at the south entrance of the famed tunnel this Sunday for the first time as an official team.

"We’re real excited about participating in this event as a team," said Mistretta. "Even though we’ve worked out with club members throughout the winter, it’s our first time we’re showing up at a sanctioned race as a team representing our club."

In what started out as a regular get-together among running enthusiasts at Wayne Valley High School for track workouts, Mistretta and his peers decided it was time to establish an official running club where Passaic County runners could convene and share their love of the sport.

"We would meet on weekends and run as a group," said Mistretta. "We would talk about forming a club where Passaic County runners could get together in an organized setting."

With 45 official members, the PCRC serves as the only available running club for northern Passaic County residents. Although 75 percent of its members come from Wayne, the club attracts runners from West Milford, Hewitt, Pompton Lakes, Hawthorne, Pompton Plains and Lincoln Park.

Just recently, the PCRC secured non-profit status where it is a recognized 501C3 organization. The club is sponsored by Sneakers Unlimited located on Rt. 23 in Pompton Plains and TD Bank on Valley Road in Wayne. Sneakers Unlimited splits the majority of the club’s expenses and serves as the club’s meeting place every first Thursday of the month.

"We get a lot of support from Sneakers Unlimited," said Mistretta. "The owner, John Coscia has been great with helping us build the club."

This past January, the PCRC introduced its 2010 Winter Series on the campus of Passaic County Technical Institute. The series consisted of four-5K races with the scoring based on the best three of the four for overall and age group awards. The primary goal and purpose of the Winter Series was to promote the PCRC and to help it establish an operating budget.

The club also plans on participating in Wayne Day on June 6 and is currently working with the Wayne A.M. Rotary Club on their 21st Annual 5K Run and Fitness walk scheduled for Saturday, June 5.

Following this weekend’s race, the PCRC will participate in a number of races in May and June, including the Our House 5 Mile at Village Green in Summit (May 2); the Newport 10,000 in Jersey City (May 8); the Run for Rachel 5K at the Livingston Oval in Livingston (May 23); the Ridgewood 10K (May 31) and the President’s Cup 5K in Millburn (June 21).

The club will kick off the fall campaign at the Jimmy D 5K in New Brunswick on September 5. All events are sanctioned by the USA Track and Field (USATF) and are part of the Championship Race Series.

For more information on the PCRC, log onto www.pcrcnj.org or email at club@pcrcnj.org.
Posted by Passaic County Runners Club at 5:41 PM 1 comment:

Commemoratives are here!!! Skully FREE to Winter Series Participants. Everyone else 10 "skullys" 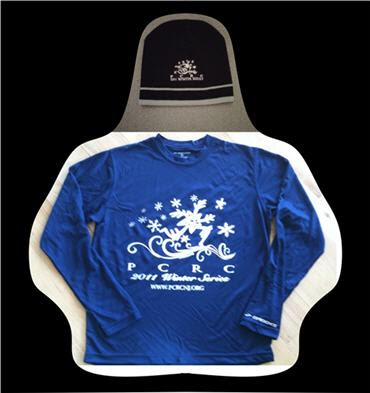 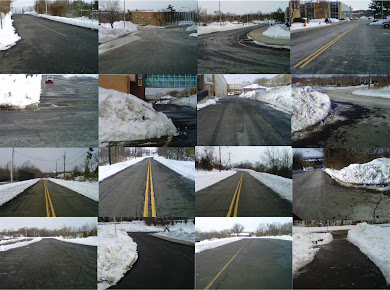 We're all set for Sunday, January 30th, 11am.. depends on the accumulation.. 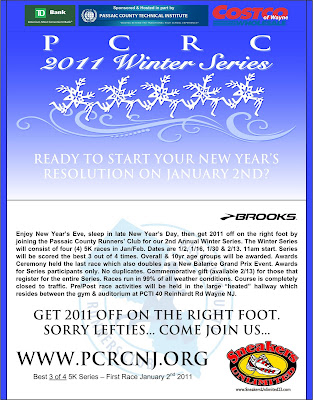 Use ebay Giving Works with your auctions.